Forgive this next entry, but my speed train has almost pulled into the station and I refuse to just travel patiently!  I’m trying to relish these last few moments before I have to disembark…

As spring turns to summer all I can think of is how can I relish these last few weeks – days – hours before I have to give up a decade that has shaped me so much?  It saw my confidence grow which in turn, gave me a better sense of self.  It saw me turn (more like bumble) into motherhood, not once, but blissfully and blessedly, twice.  It tested my every boundary and forced me to accept some very hard truths and change.  And yet, through all of the upheaval, it was kind as it surrounded me with great friends, a wonderful family and some of the most amazing opportunities and experiences that were beyond imagination…

And so you can see why I’m panicking?  Why I’m having trouble letting go?

It’s been just over a quarter of a year (good effect and makes things sound longer and more significant) since “the departure”.  The identity crisis is starting to take a back seat to this glorious weather and I’m starting to find my groove.  I knew it would take some time to get over the routine of career and that I would be overwhelmed with all sorts of emotion (again, dramatic effect but deservedly so).  I was certain in the fact that I would have to respond to the same questions over and over again…all while not knowing the answers myself.  Yet, stepping out of my boundaries has been good.  I say this cautiously because for the first time in almost forever the future is an empty canvas that I can paint however I like…and I must say, I am enjoying the vastness of it all.  And as one of my very dear friends said, being “unpredictable” – perhaps a word I would never, ever use to describe myself.

Just a couple of weeks ago, my biggest challenge was getting through homework, ensuring we made it to my son’s end-of-year school concert and finding a blender.  With my newly acquired wisdom – acquired because there’s now a little room to think about things other than spreadsheets, industry trends and interest rates – I decided that I should seek to become more healthy and stop avoiding entire food groups by blending them all together into a delicious smoothie.  We’ve all seen the commercials and the demonstrations…I was finally converted.

For three mornings in a row I had the following:  kale, spinach, swiss chard, strawberry, banana, pomegranate seeds, cherries, blackberries, blueberries, mango and pineapple all whipped up with greek yoghurt.  To my surprise, an absolute delight.  And yet on the first day, a massive headache.  Was it because I was sipping on this smoothie for most of the day?  I couldn’t get over this migraine!  It came and went for the first three days!  After some googling I found that I had put myself into a state of DETOX.  My smoothie was cleansing my system!  And all the toxins were bubbling up to the surface!

I blame these toxins…I believe I may have been in a drunken haze for in that migraine-induced, dizzyingly hyper-energetic state I decided that staying true to change was of the utmost importance and the key to life.  And in that inebriation, I decided to take yet another risk: after all they’re addictive, get my adrenaline going and make me feel A-L-I-V-E!!

While booking an exciting upcoming vacation, after much research into where to go and where to stay and what to see and what to do I decided to roll the dice!  There was Mr. Niceguy, the absolute voice of reason that with a smile on his face said, “You?  You’re really going to do that?  You’re going to take that chance with the hotel?  OK.  I know what I would do…but go for it!”

Was that a dare?  Did he not think I could go through with it?  And of all the words he said, why did I cling onto “but go for it!”  Did I miss the, but?

As the smoothie haze began to wear off, my old habits bubbled to the surface:  what if I’ve made a HUGE mistake? What if this place is horrible and I’ve ruined our family vacation?   And why won’t this headache let up???   Ugh!  To win big you actually have to get in the game and play.  But the frustration and the tears and the upset that ensued over the outcome…well surely I must have been a fool!  Surely I should’ve known better!

The duality was driving me crazy!  On the one hand, a wild-eyed thrill-seeker, and on the other, a tip-toeing super-planner afraid of regret.  It was time to end it.  For my remedy, and to restore balance in my universe, I popped open a Diet Coke (the nectar of life and I won’t hear otherwise) to accompany some ketchup-covered onion rings and you know what?  After a little recalibration…I think I’m quite pleased with the outcome.  While these final miles on the train are making me giddy, I can handle this next leg of my adventure… 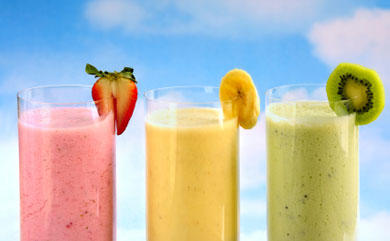 2 thoughts on “An egotistical indulgence…”