“What 3 things would you change about yourself – your physically looking self – if you could?”

That’s how the game began with Mr. Niceguy this evening.  Perhaps it began because I crave female companionship having not seen my friends as of late.  Or perhaps I’m interested to see if he will delve at all into vanity – yes, he really is THAT humble (and nice)… ALL the time (well, almost).  Perhaps I had a lapse of judgement and just knew that the answer was going to be painful and by hearing it come from him, that it would give me the motivation to make a change…

In case you’re wondering, his answers were pretty tame.  Overall, Mr. Niceguy is self-confident and extremely content with what God (or the universe) bestowed upon him.  He is the type of person who, if he decides that he needs to make a change or improvement, will delve into a spreadsheet, lay out a staged plan complete with milestones, and just go for it.  In other words, Mr. Niceguy is my antithesis.  While I procrastinate, ruminate, and debate about my next achievement or goal, Mr. Niceguy has already reached his and is onto the next. 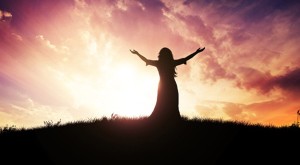 Mr. Niceguy is not a Type A personality by any stretch, while I most certainly am.  What he does possess is an unwavering belief that if he wants something, he should just go out and get it.  I, on the other hand, believe that the universe, cosmos and the Almighty will simply place it in front of me – all I have to do is reach out and get it.  I believe that everything happens for a reason.  Mr. Niceguy believes that things happen because we make them happen.  We do converge however on the “being at the right place at the right time” theory.

So when it came to my turn to respond I couldn’t even make it past number two.  For starters, I said that I wish I had smaller feet.  My feet are not big – they’re average.  But they did grow (ever so slightly) with my two pregnancies; a closet full of gorgeous, vintage sandals cry out in agony over simply being for display.  Mr. Niceguy just shrugged and said, “okay”.  This is the kind of response that I expected playing a game designed for my best girlfriends with Mr. Niceguy.  Had it been any one of my BFFs, they would immediately have understood the implications of slightly (just a half size!) larger feet.  They would understand that cute running shoes just didn’t look the same – or cute – paired with skinny jeans; that they in fact looked clown-like.  They would laugh and empathize and join in with regales of their own battle scars.

My second response was that I wished for my gloriously flat stomach from my twenty-fifth birthday.  Mr. Niceguy perked up, turned towards me with a Mona Lisa-like grin and gave me a wistful look (the kind of look those actors in the soda pop commercials of the 80’s and 90’s would get when they’d crack open a bottle of an icy cold 7Up, smile and wipe the sweat off their brows with the back of their arms).  “Aaaaah…”

When I asked, “what do you mean by, ‘Aaaah’?  I was at my peak at twenty-five, I know.  But I haven’t changed much, have I?  I mean, I just can’t see it.”  And immediately I could tell what he was thinking – THAT HE COULD.  “You have to tell me what you meant.  Honestly.  I won’t be upset.”  Bologna.  To which Mr. Niceguy responded, “Well, we all age.  It’s only natural to put on a few pounds as time goes on. ***BLOODY LOGIC***  I remember when I first met you, you had the figure of a movie star.  My mom even said so.”

And there it was.  A reminder to NEVER play this kind of “What If?” games with your boyfriends, husbands or dare I say, any man.

I’m not sure what to think…I’m sitting here right now trying to process this whole thing and you know what?  I’m thinking that I truly don’t believe that I’ve changed all that much.  That somehow I’m still that same twenty five year old trying to figure things out.  That same adventurous and spirited girl always ready for a night out with her friends or who likes to dress up and dress down and at the ready for any challenge.  True, there are more days now when I think about one enhancement procedure or another, or worry about becoming incapacitated or terminally ill – whatever would happen to les deux?? (Now 9 and 5!)  But overall, still pretty much the same…  Oh!  Who am I kidding??!!  Mr. Niceguy struck a nerve!

Perhaps the worst part was that I didn’t have him agreeing that, ya, he wished for his twenty-five year old washboard abs too – quite frankly, thanks to his German-like efficiency towards goal achievement, he is in the best shape of his life (the 5 year old even calls him “The Hulk”).  And it’s true, he looks good…  I was alone in this game, faced with the truth of my reality.  Soooo what if I knocked back a few more cocktails this summer than I anticipated and indulged in a few more celebratory dinners complete with appetizers and dessert – I blame one individual in particular for whom we had no less than FOUR going away parties – my waistline thanks me for having missed the fifth and final one!

I’ve procrastinated, ruminated and debated whether I’ve needed to make a change for weeks.  Now Mr. Niceguy has pushed me into admitting to myself that yes, my skinny jeans are waaaaay too tight and this spare tire (or muffin top) is not as cute as the little “Buddha belly” I had in my twenties thanks to an unswerving devotion to cheese, bread and pasta. 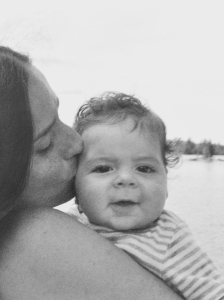 So here it is…it’s been recorded now.  Thanks to Mr. Niceguy and his (near brutal) honesty, as of this very moment I promise to start to really think about how I’m going to go about getting a forty-something version of my twenty-something-physical-self back!  No girl ever wants to hear that she looked better before than at this very moment.  But as perplexing and disheartening as it was to hear, it reminded me that self-improvement is important – it demonstrates that the spirit continues to thrive!  And yes, I am extremely vain and no, I don’t care who knows it.  Nonetheless here’s where my forty-something self has an edge over my twenty-something self:  admittedly my abs won’t look quite the exact same – I know I’ll have to be okay with that – but at least I’ll strive for a better version of myself.  After all some battle scars will forever be worth it…