Being a mom is part of my identity, but although I carry that invisible mom pass in my wallet (right next to the Costco card, the Gap Cash and every other points card under the planet), I sometimes struggle with my club membership. Is that all I am? Is that the most important part of me – being somebody’s mom? Does that membership card take precedence over my hard earned travel miles, gold card and driver’s license? True, I birthed two young boys, but sometimes it feels like the moment you become a mom, it becomes your whole identity…

The stakes are high when you’re a mom. So too are society’s standards…sometimes so high that they’re virtually impossible to achieve. I must keep a clean house that is totally “de rigueur”, be able to produce gourmet meals, my children must have manners, like to eat sushi, get A+ on all subjects and must excel in at least three extra-curricular activities, one of which must be “elite” or “extraordinary” like sailing, downhill racing or equestrian, and all of these are my responsibility – plus I have to look and act the part and in some instances hold down a full time job!

Well…I’m at a slight handicap here because I’m struggling to define myself beyond my “mom-borders”.  And I love it when the universe reminds me that my own definition of mom is allowed to be different. 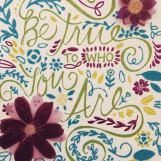 I’m a wearer of many hats and among my many roles, my latest is that of construction project manager…ME! This is one challenge that I’ve readily accepted particularly this past month when my home renovation project really kicked into high gear. I have ignored family, friends, my children and Mr. Niceguy while I’ve poured over drawings and various engineering calculations, learned about air velocity and balancing, insulation and grading, and the list goes on. I’ve appreciated (virtually) every stressful second of it.

Despite the fact that we are temporarily being housed by my gracious parents (thank you, thank you, thank you!  They are readers and perhaps my only fans despite my many ramblings about them and I could use all the brownie points to make up for my constant outbursts, fits of rage and bouts of tears) I am still the primary caregiver of my children. It’s my job to make sure they eat their dinners, do their homework and not let their brains go to MUSH because they’d prefer to spend the entire day holed up in my parents’ basement in front of the big screen playing video games.

I’d like to report that while I’ve assumed the role of project manager, my children’s brains have officially liquefied. I’m not entirely certain what’s making their guts move and I’m quite certain that it will only be by the grace of the Almighty that they will pass grade 4 and graduate kindergarten. Thank goodness Mr. Niceguy made a vow to love me for better or for worse…

All this because for the past month (or so…if I’m being honest), I put something other than being mom first. Go ahead and judge. But I won’t be blamed. And I refuse to take it on because I’ve already beat myself up about it enough, thank you very much, and I’m done. I’m a modern day renaissance woman and that means I’m a renaissance mom too after all, my teacher is one too…

My primary role model in the world of motherhood has been my mother. She grew up in a household filled mostly with boys. Not willing to be left behind, she would run alongside them – and oftentimes, ahead of them. She displayed as much grit, courage and bravery than any one of the others and while most girls her age would mind their chores and preserve their dresses, she was jumping from rooftop to rooftop along the buildings in Lebanon, sporting blue jeans and running off to the beach.

She is my non-traditional, traditional mom. And while she always makes sure that we are well clothed, fed and taken care of, she has a life of her own and I absolutely refuse to pigeon hole her into one role. Her life is a full adventure – and I hope mine will be nearly as full as hers.

It follows that I believe motherhood has to be the greatest adventure of all. There is no real, set, tried and true course – despite the fact that I’ve poured over dozens of popular baby books and scientific articles on child rearing. I could never have imagined the incredible joy that my children would bring before I became a mother…at the same time, I would never have imagined the feelings of tremendous guilt, frustration, and exasperation over little things like an unfinished plate of dinner or settling a child down to do homework and especially getting them to finally go to bed so that I could enjoy a moment’s peace after the never ending tidying, cooking, cleaning, monitoring and answering one hundred plus questions about the locations of any one of the following: “Mom, did you see my video game controller / the iPad / my book / my pencil / the red bouncy ball with the blue stripe – not the blue bouncy ball with the red stripe / my socks / my gym clothes / my special Pokemon card…blah, blah, blah!”

I appreciate my role and the blessings (and heartaches) that come with it so I won’t feel guilty for the moments I yearn for the days of yore when dinner would be brought to me, when I could ask for my favourite dish, or when I take more than just a moment to pretend I’m something other than a mom. No. This month, when you write your mother a card, or bring her flowers, or just sit and think about her, take a moment to think about who she is (or was) as a person and thank her for just being her.