We’re entering my favorite time of the year and unlike many, I don’t mind at all that it’s getting colder, that the days are getting shorter, and that soon the ground will be covered snow.  In the lead up to the holidays Christmas decorations are everywhere and people seem so much kinder, warmer and more tolerant.  Even those added extra hours of darkness don’t feel gloomy when I’m getting lost in all the magical, twinkling lights.  Like most, however, come March I’ll be willing the snow to melt and the warmth to return, but for the time being I’m just going to stop, press pause, and enjoy.

Despite all of the excitement around the holidays there are always those quiet moments when you can sit still, perhaps by a crackling fire enjoying a nice, hot latte (or something with more of a kick) and listening to some relaxing music…none of which I seem to have found quite yet.

For the past couple of years, I’ve been trying to teach my boys about the act of making resolutions. Resolutions make us acknowledge the passing of the old and give hope for the chance of something new and better.  Ancient Babylonians and Romans made resolutions and they can also be found in more religious holidays like Lent, when sacrifices are made as a form of penance.  At the very least, resolutions can help us to seek betterment through change – and change can be a good thing, right?

Me:  Boys, the year is almost over.  Soon it will be January and we will start fresh again.  What do you think of that?

8 year old:  The year ending is bad.  Like, really bad.  I don’t want change.  I want everything to stay the same.

Me:  Really?  Are you sure?  It’s not bad, it’s just an end and then we start over with a new beginning.

8 year old:  Well, ok.  But I still don’t want it to change…unless of course we get hovercars.

Me:  WHA?!  Hover cars?  Or hover crafts?  Do you mean hover cars like the Speedors in Star Wars or hover crafts that go on water and land?

8 year old:  No.  Not Speedors.  Hover cars.  Like in Mario Kart 8.  We could all drive around in hover cars…then I’ll be happy with the new year.

Me:  Ummm ok.  So I think we’ve missed the point – a new year means a new chance at starting over and we can do that by making resolutions.  Like, I’ll be nicer to my parents this year, I’ll work harder this year, I won’t play as many video games *under my breath: because now I’m dreaming about hover cars…*

8 year old:  Definitely to be nicer.

Me:  *Getting frazzled* Ummmm…great!  (Turning to 8 year old) And what do you mean by “nicer”?  You already are super nice.

8 year old:  Well then I want HIM to be nicer (points at 4 year old).  And I know what I don’t want.  I don’t want my ears to grow so big that I can hear everything in the world because then my teacher will get really mad when I can’t concentrate on what she’s saying in class …unless I plug my ears with bass drums, of course.

Of course.   The conversation continued for at least two more blocks about gigantic ears being able to touch outer space and the various moves of the Ninja Turtles and Jedi fighters and I thought to myself:  this has been a huge year for me.  A year full of changes of risks – some of which have paid off while others, I’m still waiting to appreciate.  In some ways the year flew by.  In some ways, it took an eternity for how could I have filled in so many things in the blink of an eye?

The only thing I can say to you, dear Reader, is as follows:  I hope you had a year full of wonder and growth.  I hope you learned something new and saw something that made you stop and think – for therein lies the magic.  I hope your losses will be overcome and that your pains will subside.  I hope you didn’t add very many more regrets to any that you may already have.  I hope you can allow yourself to let go of those regrets and instead hold onto the small moments – the ones that seem so insignificant while they’re happening for they are what will remain in the years to come.  Merry Christmas and Happy New Year. 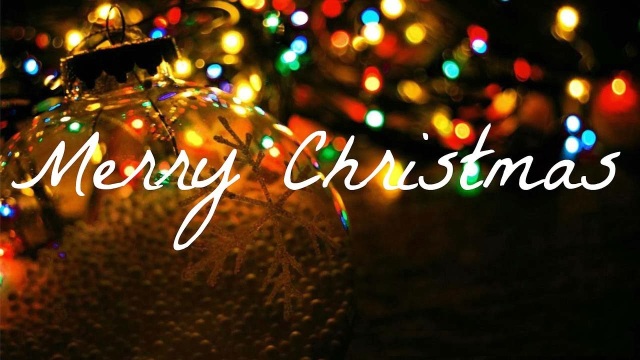 One thought on “Happy Christmas!”