I’m feeling a little vulnerable…coping with the dreaded Identity Crisis is hard…much harder than I actually thought.  Once again, after years and years (and years) at the same job doing the same thing and referring to myself in the same way, I am now charting my own course.  And while I figure out exactly what that is and where I will go, I feel discombobulated, disadvantaged and confused.  [As an aside, I take full responsibility for part of the “discombobulation” which stems from my particular A-D-D-like nature:  I have so many ideas, see so many possibilities, and have so many desires that it’s hard to pick just one!  While some may call this a lack of focus, I say…well, that’s probably quite true!]

I know in my heart of hearts that the decision I have made is the right one (not just for me but for my family), although it seems that today and at this moment my “self-sabotaging” nature has got the better of me.  For example, while I had hoped for a very smooth transition into my woman of the world or female conqueror being…instead, I feel more like that circa 1952, Betty Crocker baking, bon bon eating, woman of the house…and I put myself here!  Truth is, I know that’s not who I am – nor is it someone I could pretend to be – but the reality is that I went from one uphill battle to another…from working in a very male dominated industry with extreme expectations to altering the perception that just because I’m on my own and I’m at home doesn’t mean I’m now a “Lady of Leisure”!  (Not that it would be a bad thing…?)

I keep wondering…am I letting down the Lean-In generation?

With International Women’s Day coming up on March 8th…have I let down the entire female species?

Here, in my new office (the local Starbucks), I am left with the thought that these sentiments are akin to the whole frenemy conundrum – yesterday I caught up on the latest Glee episode which centred around frenemies and complicated relationships. Frenemies…we can all point to one or two in our circles…and just in case, here’s a definition from Wikipedia (which I think is très apropos!)

“Frenemy” is a portmanteau of “friend” and “enemy” that can refer to either an enemy pretending to be a friend or someone who really is a friend but is also a rival.

For me, my frenemies have almost always fallen into the latter category.  I have been fortunate to have some of the most solid bunch of friends:  from my near and dears who challenge me and support me through life’s ups and downs, to my mom friends who have helped me tap into my inner nurturer and saved me from an unbreakable cycle of diapers and drama, to my work friends who are always up for a bitch session and a beer…like I said, I have been lucky.  But I’ve also been lucky – really lucky – to have had frenemies.

Frenemies can really make you feel small, unsure of yourself, and down.  Like try spending hours upon hours getting 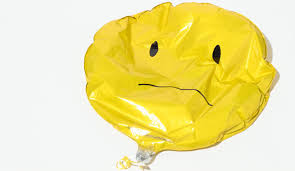 ready (ok, maybe just minutes upon minutes as who am I kidding?  I can’t remember the last time I actually had hours to primp), picking that perfect outfit to go along with those brand new shoes which you know are KILLER statement pieces and will make any girl swoon and you show up and POOF.  You’ve been trumped.  Her shoes are more killer.  Her outfit, to die for.  Not a hair out of place, not a single nail chipped, not an unconfident bone in her body.  What’s worse – she’s totally oblivious to all of your effort at taking centre stage.  Fssssssss….like a deflating balloon whose fate is sealed, you try and endure.

But, frenemies have had their place in my life – and they certainly continue to.  They have fed my competitive nature, my need for rivalry, and my love of the game; they drive me to find that 10-letter word complete with a Q, X or Z with a triple word score, or fight tooth and nail to find a way to build hotels across Park Place and Boardwalk.

Without frenemies I perhaps wouldn’t have strived more, tried more, dared more and risked more.  Perhaps not right at those moments where I’d been defeated (while I was slinking in some corner wishing I could blend in with the drywall)…but definitely later.  They fed my dreams and desires and just when I had been ready to take myself out of the competition, they put me right back in.

I’ve often thought:  just stop competing.  Stop worrying and getting anxious about what you don’t have and focus on what you do.  Be present.  Be now.  Perhaps that works for some Zooey Deschanel-looking hipsters who are laid back and free spirited – but that’s not me.

With International Women’s Day right around the corner, I hope you will forgive this following imposition.  Let us women, all of us, agree to accept each other for who we are and the parts that we play.  There’s always so much to learn from everything…and every-ONE around you.

Besides, if I have frenemies, then I must be one too….onward and upward…TRUMP!