There’s a feature in US magazine that makes a regular appearance, Stars – They’re just like us.  I used to think it was cheesey and really such a stretch – like who actually feels better about themselves when they see that yes, J.Lo actually pumps her own gas?  Really?  But about the time that I had the seven year old many, many, moons ago, I had an epiphany…

It was day 9, 10 or 11 back from the hospital.  Those days are all a big blur and I believe they are because my mind has made (and continues to make) the greatest of all efforts to shield me from the trauma I experienced.  I was the first in my closest circle of friends to have a baby.  Yes, I had been exposed to them and yes I come from a large extended family so babies were being born when I was in my late teens but it’s not quite the same until you pop one out yourself…somehow, you skip all the nasty bits.

Anyway…it was day 9, 10 or 11…and it was following one particular feeding that lasted over 3 hours with me isolated in the bedroom with just my baby boy, during a small dinner party hosted by me that I thought, with tear stained cheeks, there must be another way.  I had naively thought that my small collection of baby books would prepare me – albeit, up to that point I had focused mainly on the pregnancy part and didn’t bother to read about how things would turn out once the baby arrived – a grave mistake.

I should have heeded the warning signs:  I was terribly concerned about having the right hair and natural looking makeup for the delivery.  And I honestly thought that once the baby popped out, we would all get cleaned up and then poof, be back in the sanctuary of our home to start a full year’s vacation from work!

So when I was told I had to stay overnight because they wanted to observe the little guy I was slightly put out, but smiled and complied…until I was rudely awoken at 6 am and asked by a very cross nurse, “Did you wake that baby and feed him overnight?  When was the last time he nursed?!”  And apparently, before I passed out 8 hours ago wasn’t good enough – nor was my response, “Why would I wake him up?  He was asleep.  Do you have a bottle somewhere?”  The look of horror on that nurse’s face was laughable to me then.  There I was, this straight A student, this total cheeky, know-it-all with a plan, smiling away…but she had the last laugh, I’m sure of it. 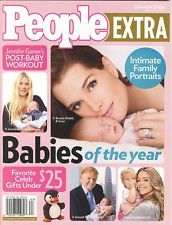 In any case.  Day 9, 10 or 11, worst feed EVER, tear stained cheeks and I thought to myself.  Gwenyth had her daughter, Apple some months ago.  She’s a very busy lady and movie star.  How does she do it?  And while maneuvering with my son in my arms, I opened up a special issue People Magazine that featured all the celebrity moms and babies and there it was, my salvation, at the very bottom of the page, Gwenyth Paltrow’s nanny book.  Her nanny had written a book!  And the very next day, I got my hands on that book because I figured, if it’s good enough for Gwenyth, it’s good enough for me!

Celebrities are an interesting breed.  They have teams of people scouring and vetting and basically seeking the best for their clients.  So why not jump on the bandwagon and benefit from all the legwork someone else has already done?  That book saved me and I don’t even know how many times I’ve quoted, “Gwenyth Paltrow’s nanny book” since.  So when I found myself at the end of my rope again a couple of months ago, I hopped on the bandwagon once more…

I’ve written many times about my absolute love and admiration of the ketchup chip.  It is perfect.  Thin, crispy, with the right balance of salt, sweet and sour.  And how my love of this devilish delight (together with my absolute lack of control and a side effect of some meds), ‘Kim Kardashian-ed’ my behind.  At first the curves were welcome – like historical days gone by, I carried those extra pounds around like they were a sign of nobility.  But after some time, they began to feel like a chained weight (pun intended) and with the realization that it is no longer the Renaissance and I am certainly not Botticelli’s Venus, the time came to make a change.

After 4 torturous weeks on a diet which did not allow partaking in any Hallowe’en candies, Mr. Niceguy birthday binges, or late night, thai-food takeouts, I am happy to report that if it was good enough to get Ms. Kate Middleton looking 5+ stars in her wedding dress, it was good enough for me!   Arrivederci extra weight!  Hello the real me – it’s nice to be back again.

So what’s the moral of the story?  First, though mostly silly, celebrity gossip can actually be more than just a source of entertainment – it can truly be a resource!  And second, celebrities or otherwise, in times of need, it’s nice to know you’re not alone. 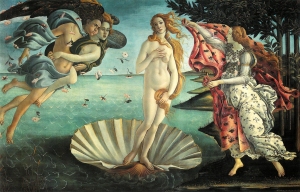 One thought on “If it’s good enough for Gwenyth…”